Guest blog – Why I Choose To Be A Single Mama

We are proud to feature Athena Grace, a local mom, writer, and friend, who is sharing her very personal journey with us. This is #1 in our Guest Blogger series: 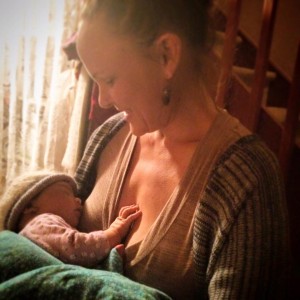 Now that your adventuresome eyes have found their way onto the page, and I have you at the mercy of this truth-stained alphabet parade, I will confess that I really didn’t “choose to be a single mama.”  I mean, it’s not like I could softly tear back the veil, peer into my sprawling future life and see, with any amount of certainty, the impending worlds that would be born along with the Being I ached with all my heart to love into existence.  (I don’t care what all you create-your-own-reality-affiliates assert!  In my experience, life is too wild, messy, organic and mysterious to keep under such tight and limited reign.)

Do you know this searing ache of which I speak?  I wish I could take a poll, and discover what percentage of moms (Do dads ache like this?  I’d bet on rare occasion… but probably as an exception to the rule.) are pierced by this arrow of excruciating desire to bring a child into the world… If I had to guess, I’d vote for some, but not all.  For the sake of “waxing scientific,” let’s say fifty-two percent.

And now, back to the business of conveying this candid confession.  In my twenties, I scoffed at the notion of a “biological clock.”  Especially one that “ticked.”  At its mention, I was inclined to roll my eyes.  Figuratively, of course.  Then I turned thirty… And the second hand began to whisper gruffly, from deep inside me.  But you probably know (all too well) that whispers can usually be dismissed.  So I went about my life, HOPING that someday, I’d find the right partner, and somehow have “enough money,” and solid ground beneath me to fulfill this shy and holy wish.  Thirty became thirty two… (no, I didn’t skip thirty-one, silly!)  By now the whisper had become an “indoor voice.”  That was the year that I was in love with an amazingly soulful, gentle-hearted man twice my age (who’d had a vasectomy).  That was the year I lost him in a kayak accident.  That was the year that I learned what it was to lose someone essential, the year that I grieved deeply, and simultaneously fell oh-so-slowly in love with a married man.  I swear, I’d had nice, tidy “intimate Relationships” up until 2012… Then some crazy karmic weather systems blew in from the south!  Sometimes Life provides a highly…umm…”innovative” curriculum.

It would be so easy to get sidetracked, and seduce you down the slippery rabbit hole of psychedelically splashed life circumstance… but I shan’t.  I will just tell you that I am one who lets her heart lead the way, as life unfolds in colorful and fascinating swells.  But come what may, I found it impossible to deny the lucid, piercing call to create a child.  A daughter, at that.  And come to think of it, I suffered often, as I took stock of the shifting sands upon which my life was pouring forth.  I could not see how my world could possibly be conducive to providing for a child.  I mean seriously… I was living with my MOM in her cozy, loft bedroom for God’s sake!  Yes, I hoped (consider the implications and general wobble of the word “hope”… Though an essential texture in the rainbow-stained hit parade of human experience, I have not found hope to be worth its weight in rubies, nor iridescent glitter!) that my married beloved would someday get free, as he HOPED to… (indeed that is another story in its own rite, but not conducive to an article entitled “Why I Chose To Be A Single Mama”…)

My longing for my daughter swelled with each passing day and year… Occasionally, I’d reveal it to someone, perplexed and defeated by the seemingly unsolvable riddle of my existence, and they’d tell me what I most longed to hear– “Don’t wait for the perfect circumstances.  Perfect circumstances are an illusion, anyway.  It’ll all work itself out.”  I wanted with all my heart to believe them… But I couldn’t conceive of it.  Still, like rare gold coins from an ancient, disintegrated civilization, I carried those faith-filled words in a maximum security pocket, deep in my innermost sanctum.

When I turned thirty-five, my biological clock was no longer speaking in a nice, indoor voice.  She was screaming in a hypnotic, operatic incantation, as only the tongue of Destiny can sing.  Pinned to the very ground of my being by Her merciless, consuming force, I did what I must — I took those aforementioned gold coins to the bank!  I was so excited to gather my closest friends on my birthday, light those enchanted, thirty five candles, speak my unwavering, soul-sourced wish into the powerful space of creative love they held for me, and then BLOW like I’d never blown before!!!  This is exactly what I did… Imagine an intimate, candle-lit room, dappled with generous, light filled eyes, shining on me, as I boldly declared, “I want to have a baby.”

A month and a week later, I was pregnant!  It is debatable whose will this was… Though the inner journey seemed so utterly personal, upon deeper reflection, I’d assert it could only be the ordination of the One. (Is there anything else in this outrageous Lila we call Life?  Many would argue yes… but I’m inclined to assert a staunch no-way-Jose.)  Conception is contingent upon so many fragile factors, all joining at a center point, in a profound combustion of The Miraculous.  POOF!  Let there be LIGHT!  And then there was a sprouting seed named Serena.

So it really wasn’t about being a “single mama,” or a “married, happily-ever-after mama”… or any other classification I could possibly squeeze myself into.  It was simply about being true to my heart, the ever-faithful compass by which I live.  Some day, I very well may not be a single mama.  And some day, too, a seemingly secure, happily married mama’s “perfect” life will shatter, and she will suddenly have to hustle and bleed to create a new semblance of solidity on which her broken family can stand.  We really never know.

But I will testify that I have been haunted by fear and uncertainty as I traversed this imperative path.  I have had no idea HOW I would “make it.” But Grace hath rainethed copiously upon me.  And I mean COPIOUSLY.  The Path has evolved me.  Horizons and outcomes I could not see yesterday, have come into miraculous focus today.  I will testify that the explicitly perfect angels have shown up at every awe-filled turn.  And I will testify that through this journey, I have come to realize the infinite nature of my strength, and the ever-trustable voice of my heart.  The power of love is NOT a cliche.  It is the only reality… beyond all our frivolous delusions.  There are many paths to realize this fundamental truth of love’s all-consuming meaning… but in my case, Motherhood has initiated me like nothing else could. (And will continue to initiate me, I’m sure!)

Parenthood vs. the Hungry Beast Called Time
May 8, 2016