[Content Warning – May contain topics not suitable for children.] 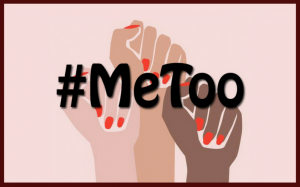 With greater and greater frequency, our culture is recognizing ways that some people are held back, or disadvantaged, by the underlying attitudes and assumptions of our culture as a whole. Inclusiveness is one of my highest values and I want to help create a world in which all people are respected and valued for who they are. For this reason, seeing evidence of the culture shift makes me happy.

When the Supreme Court made it illegal for any state to discriminate against gay people by denying them the right to marry, it represented the “turning of a tide.” There is still more work to do to increase the level of acceptance, but an important milestone was reached.

I believe we are seeing a similar turning of the tide with respect to sexual harassment in the workplace. Even though Bill Cosby’s case is in legal limbo, we can see evidence of how the culture is responding. In 2004 when details came out about Cosby’s rape allegations, public reaction at the time was minimal. But in 2014 when comic Hannibal Burress made a video referring to Cosby as a “rapist,” it went viral, bringing out many more allegations and starting a much larger conversation about sexaul assault.

NPR’s TV critic Eric Deggans commented in this opinion piece that our culture “had reached a moment where those who allege sexual assault are believed more readily, particularly in the court of public opinion. Women seemed less inclined to accept a world where they have to tolerate harassment and worse from bosses and power brokers. And social media gave a voice to people who might have been overlooked before.”

Things snowballed after conservatives Roger Ailes and Bill O’Riley, and then liberal Harvey Weinstein, were revealed to have been silencing sexual harassment victims for years with financial payouts. Sadly, I am not surprised to learn how these powerful men behaved, but I do consider it important that everyone, especially men, speak out against it. What these men did was heinous and repugnant, and I do believe the women who are speaking out about it are brave and are not liars seeking “fame or glory.”

After the revelations about Weinstein came to light last month, actress Alyssa Milano used social media to bring awareness to the ubiquity of the problem by sharing the phrase long used in this sense by social activist Tarana Burke, #MeToo. Milano tweeted: “If all the women who have been sexually harassed or assaulted wrote ‘Me too.’ as a status, we might give people a sense of the magnitude of the problem.”

Hundreds of thousands of women, and men too, used the hashtag to share their stories of sexual harassment. The hashtag was used almost 5 million on Facebook posts within 24 hours.

Whoopi Goldberg appeared on the Tonight Show Nov 1st and said “What’s happening is women are taking back the narrative because they’re saying, ‘Look, we’re going to make it dangerous for you to sexually assault us and sexually abuse us. You’re going to lose your power base if you do that from now on because women are starting to speak.’”

As a chiropractor, I was specifically trained in chiropractic school that when there is a power difference (in my case doctor/patient, but this holds true for teacher/student, employer/employee, etc.) that the person who holds the power must be aware of this dynamic and take precautions to make sure they’re not abusing it. Doing so as a chiropractor could lead to the loss of your license. I’m glad to see that the direction things are headed in our culture is that even the most powerful abusers are now being held accountable for their behavior.

As our culture makes more space for women to be heard, for gay people to marry, and for all skin tones to receive the same respect under the law, everyone benefits. Each form of acceptance leads to more acceptance in general. I’m proud to be part of the movement for acceptance and inclusion for all, and am very proud of what a safe space Acorn is for every kind of person.