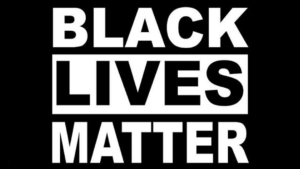 For someone who has never studied American history, it might be possible to look at today’s world without context and not see the results of past oppression. For instance, a year ago when Mitch McConnell was asked about the Federal government giving an official apology, or paying reparations for its role in the institution of slavery, he said “I don’t think reparations for something that happened 150 years ago for whom none of us currently living are responsible is a good idea.” But as someone who has studied our history to learn what happened after slavery ended, my conclusion is that the oppression of African Americans never stopped. If you don’t know what I mean by that, I highly recommend the documentary series Reconstruction, by Henry Louis Gates, Jr.

Reconstruction is the name used to describe the period immediately after the abolition of slavery, and while it included many advancements for African Americans, it only lasted 12 years and was then followed by an immediate reversal of fortune. Sharecropping, the Black Codes and development of Police forces, Disenfranchisement, lynchings, Jim Crow laws, Separate But (Not) Equal, The Lost Cause, Segregation, Redlining, and countless other practices have had the express purpose of keeping African Americans from acquiring land, the means of production, the ability to vote, and more. As a result, today, the average African American family’s net worth is one tenth that of the average white family’s.

I can clearly see the throughline from that 12-year period ending in the 1870’s, to protests in the 1960’s (less than 100 years later) demanding what every American has been promised from the beginning, equal treatment and protection under the law. The systems of oppression that still exist need to be highlighted and illuminated for all to see so that they may be dismantled. I am so grateful to all those who have been keeping the spirit of protest alive, whether in the background over the years, or this past June when millions of people took to the streets to make our collective voice heard that the time for equality is now!

My commitment as a business owner is that Acorn Wellness Center is a welcoming and inclusive space for all people. This extends beyond race to include the intersection of gender, gender identity, sexual orientation, religion, socioeconomic status, immigration status, physical ability, and every other aspect of being a human. When I’ve hired staff to work at Acorn Wellness Center I’m proud of the fact that my employees were a reflection of the diversity of the community at large, and I’ve always strived to have the photos on my walls and on my website reflect the faces that I see coming through my doors. If you ever observe a way in which I could make Acorn Wellness Center more inclusive, please let me know. For me inclusivity, both professionally and personally, is a lifelong commitment, so anything you have to offer would be valuable to me.